Telling your stories with or without words.

Having my picture taken

Catch the moment, catch the breath
Catch the light and let me freeze your frame
Synchronize machine and brain
Hey, don’t mind me, I’m having my picture taken

I’ve been fascinated by photography since an early age. My father had a Kodak camera which I held in my hands and took pictures (the shots of course never to be developed as they were blind ones, but still engaging in composing and mastering the mechanics of photo shooting).

In my early teens, I picked up my interest as I got an old Petri SLR camera from my father, which probably was given to him by one of his customers in a barter, common among the Greek community where I grew up.

During my adolescence, I joined the local photo society, (most of the members were old men) and learned how to develop black and white film, enlarge prints and frame them. I even had a little private photo lab in our second bathroom of our flat, where a Durst B30 crafted me further into becoming a photo maker.

In secondary school, a fellow classmate Thomas Johansson also had a big interest in photography. We joined forces and occupied our school’s photo lab and made a vast amount of pictures in it. Eventually, we applied for higher studies in photography. My friend got admitted and I failed to, but that didn’t keep me from working with photography. Actually my first jobs were as a freelance photographer for various papers and magazines. I eventually hooked up with a writing journalist, Anders Isberg and learned the journalism trade from him. I later applied for journalism school and entered after have failed the exams twice. Resilience is king.

As I took on writing journalism as my main, my photography nous halted and came to a stop on the very first day I was working as a fulltime reporter.

I was assigned a routine job at Barometern in Kalmar. The local army outlet was selling their old but in-demand bikes. I was sent out to take a couple of quotes from the people queuing for green robust bikes, later to be copied as Kronan. I took my camera with me. I did my job, took some shots and went home. I left the roll of film at the lab downstairs from the big newsroom where I started my night shift as editor a couple of hours later as I was only temping as a reporter. Doing my first work shift as a real journalist was immensely cool. I had been writing, taking photos and now editing stories and putting headlines on pieces my colleagues had been writing for the morning edition.

I was so proud of myself!

At some point, the lab assistant came up from down the stairs and said: “What a great shot! It’s for the front page!” I was surprised because I didn’t think I had taken any good ones. She showed me and I could see why she was excited. A really great shot! It ended being in the middle of the front page. Not bad for a rookie reporter. I was in heaven on my very first day as a journalist.

I was temping as a reporter on my second day as a professional too. Unfortunately, it didn’t turn out as well. After the editorial meeting, the chief of the photo department took me aside and gave me one of the biggest yells I’ve ever had, and I’ve had quite a few, mind you. He was furious. Mad. ” Who did I think I was?!” That very day I dropped the camera, seldom to be worn as a professional garment or even as a leisure tool for a very long time.

They give us those nice bright colors
They give us the greens of summers
Makes you think all the world’s a sunny day, oh yeah
I got a Nikon camera
I love to take a photograph
So mama, don’t take my Kodachrome away

With smartphones, photography has crept into my life again, having a decent Instagram and posting on Facebook once in a while. A potent but yet very frustrating format. Even modern compact mirrorless cameras are a bit troublesome for me. I’m clumsy. I guess being raised on SLR:s the photo trade is done that way – the proper way. But I haven’t had one for years. I sold my Nikon FE2 and my Hasselblad C/M 500 in the ’90s, never to glance at an SLR since.

At an auction, I found a Nikon FE2 kit with a “pancake” 50mm lens on it. I got it for €20 and I started blind shooting it. I really loved it! These old cameras are film ones and my attitude towards them (environmental issues) keeps me from going that route again, but having the small but very delicate “pancake” 50mm led me to think that I could get a decent DSLR and use it as Henri Cartier-Bresson would. So why shouldn’t I?! I’m at it again and I enjoy the new possibilities RAW and the post-production process gives photographers these days. Combined with old school lenses and craft, it makes for a great mix.

If you would like to engage me as a photographer feel free to drop me a message over at Facebook.

PS. I will be posting my work here as I get past works from the last century scanned. That will take some time. First I have to locate them 😉 DS 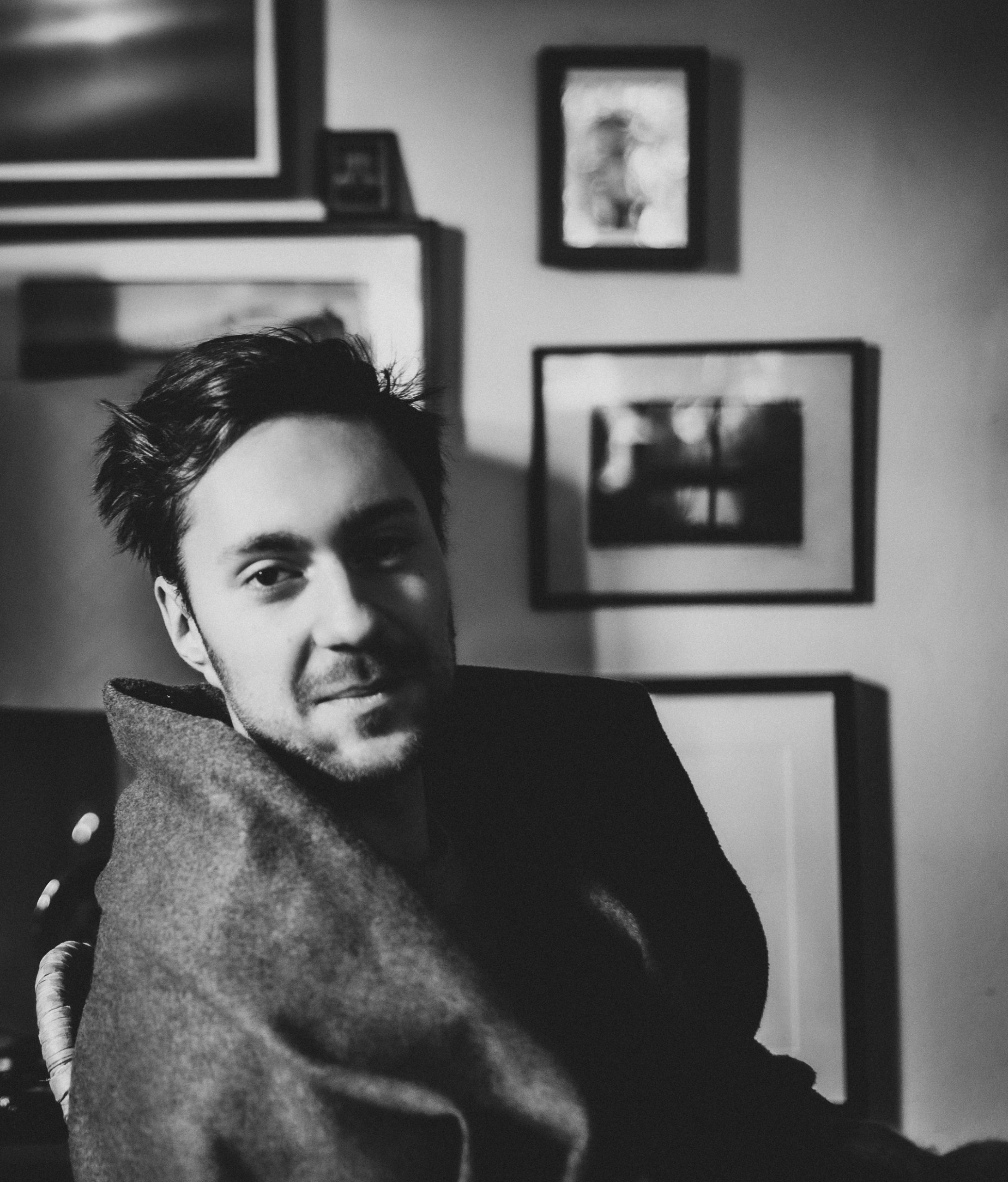 Do you want your picture taken?

I love doing portraits. I think you would love to have a really nice photograph of yourself in all formats available, digital or analogue.
Send me a message over at Facebook if you like me to have a go!

From the collection of songs HEJ MEN NEJ